CONSTRUCTION IS UNDERWAY ON THE $11 BILLION METRO TUNNEL WHICH WILL UNTANGLE THE CITY LOOP SO MORE TRAINS CAN RUN MORE OFTEN ACROSS MELBOURNE.

The Metro Tunnel will create a new end-to-end rail line from Sunbury in the west to Cranbourne/Pakenham in the south-east, with high capacity trains and five new underground stations.

The Metro Tunnel will create capacity on the network to enable more than a half a million additional passengers per week across Melbourne’s train network to use the rail system during the peak periods. See the  peak capacity increase for your train line. 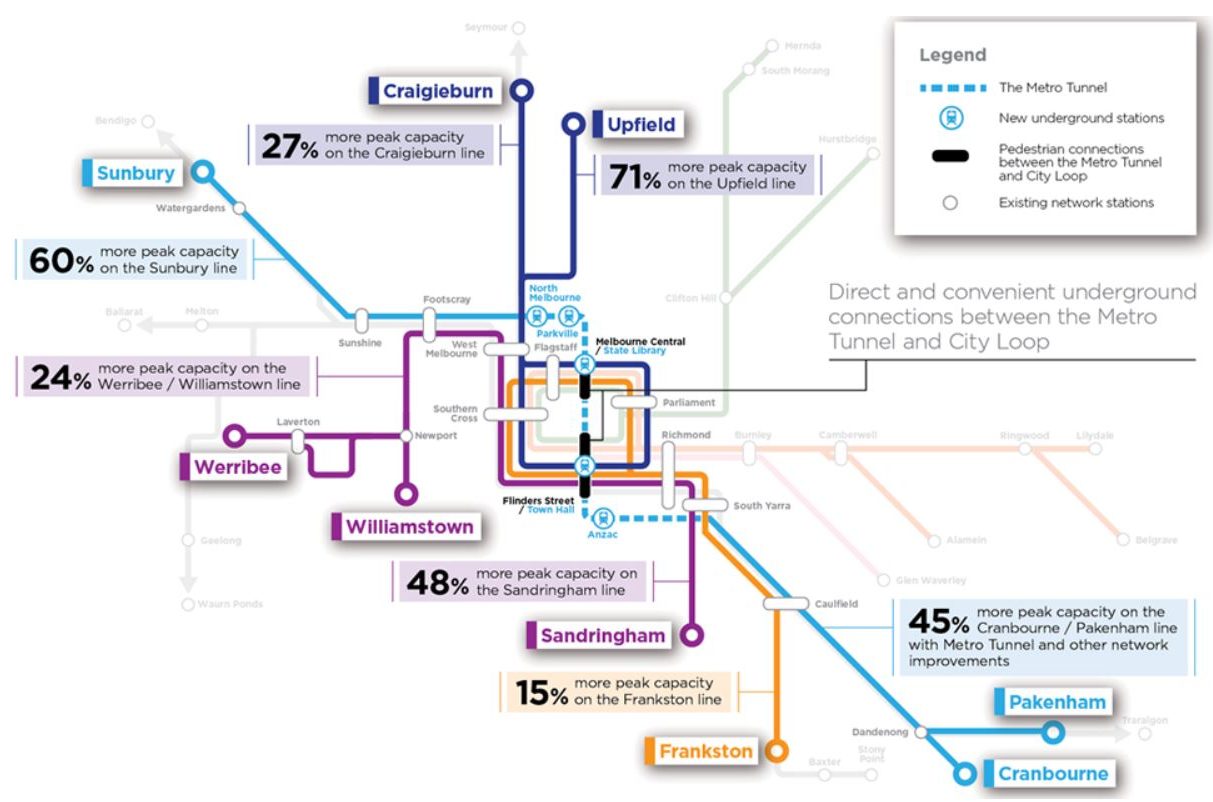